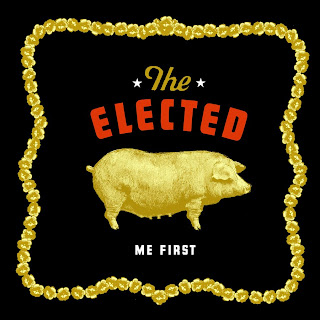 Mary over at One Thing Is Needed has asked a brilliant question about the idea of asking for favor or expecting favor on our lives because we are believers. Please read it here. I didn’t want to take up all the comment space there so I’ll reply here.

As I said in the comments, Marsh and I discussed this most of last evening after I did a brief study of the words favor and grace in the Old and New Testament. In the New Testament I love that the word favor is actually the word grace. They are interchangeable. As I read all the verses that use the word grace in the New Testament I found that grace means so much more than just God bestowing good things on us. It is totally wrapped up into the Person of Grace. Often it is referred to as the “grace of our Lord Jesus Christ.” I love that it is not just a concept anymore but a Person.

So much like me, I was ready to throw out asking for favor or grace at all because we now live IN grace. But then Husband asked, “What about all the verses that make it clear that God wants his children to ask for things. Paul even talks about asking for grace/favor to do things. You can’t throw those out.” (He is always doing this to me…..grrrrr….balance and all that) We then decided that there is a big difference from asking for favor or grace and asking for preference. Preference says “bless me and not them.” Preference says, "Give me the job and don’t give it to the other person.“ Preference says, “Give me the wealth of the Gentiles.“ (See preference was totally understood to the Jewish people in the Old Testament. This is how they saw it. If you obey - you will get favor - preference - from God.) But favor - this New Testament idea - can include just asking for the blessing that Father has already said He wants to give us.

It is kind of like the two sons in the Prodigal Son story. Both sons could have lived in the grace or favor of their father. Neither son did. The wayward son was not living in the grace that was there all the time but we find out that the elder son also was not living in it because he would not ask for anything.

It will probably change my prayer life quite a bit. I really do trust the Father to give me good things. I want to stay as far away from the “name-it-claim-it” “I get preferential treatment because I’m a believer” camp. But I also can’t be shy about asking for things either. I want to ask in a much more humble way though. Not “Give me preference over all the heathen,” or “Me first!!" kind of prayer, but more like, “ Father I would really like this and know that your heart is to give me good gifts, so I’m asking, but I trust You with the giving part.”

Thanks Mary, this was very helpful.
UPDATE: Sara, in the comments gave a link to a blog that mentions a famous preacher in the news lately. It was his sense of ENTITLEMENT that is so off. This is a perfect word to describe the very thing that I am trying to describe above. Favor that becomes entitlement is twisted. Thanks Sara!
at 10:46 AM

It is perfectly good to ask from Father but recognizing that he sees far more than we can sometimes the answer will be "no". I believe this often shapes us far more effectively than his saying "yes". It just means he knows that we will be better shaped into the image of Christ by his saying "no". The issue is not asking but asking with trust in Father and faith he will, indeed, provide what is best.

grace is getting exactly what we don't deserve . . . forgiveness. :) The blessings that we are given are first Kingdom blessings, while it seems to me that the favor/preference complex you're talking about tends to be about this-world-stuff.

It reminded me of this:

Traveller, Isn't it amazing how it just centers around relationship? I have been afraid of asking for anything since I left our CLB. I didn't realize it stemmed from this very issue. Favor was twisted so much that I didn't want to get near that so I just didn't do anything. There is a freedom in me now that I can ask again and not feel so selfish and self focused.

Sara, YES that is the perfect word...ENTITLEMENT! That is what I was picking up on that I hated. Thanks for the links

I'm so glad that you posted your thoughts. It's the sense of entitlement that angers me, too. I love your differentiation between preference and grace. I have a lot to think and pray about. Thanks for tackling this!

Mary, my favorite verse is when the angel comes to Mary and says, "Fear not Mary for you have found favor with God. When I clicked on the word favor it gave me charis - the same word the rest of the New Testament uses for grace. It was so evident after reading all the OT passages where favor was earned that we were into a whole new thing now. God - even at the beginning - wanted to bestow favor because of his great love. It made me smile!

Thanks, Barb. This was a timely post for me. I have also reacted strongly against the consumeristic tendencies of charismatic christendom, but I realize that what you're saying is true. It doesn't hurt to ask, God likes to give us gifts. It's okay to enjoy His goodness - it's just that self-centered sense of entitlement that is out of balance.

Btw, I'm learning tons about grace too! Nice to hear similar things from others. :)

You said, "Fear not Mary for you have found favor with God. When I clicked on the word favor it gave me charis - the same word the rest of the New Testament uses for grace."

Isn't this a mind blower, the Law came by Moses, but GRACE and Truth were realized, was seen, touchable in Jesus as the Christ.

Mary is being introduced to the Person of Grace right in her virgin womb.
She was the first of the 'Mary bodies' provided for the Christ, now its our bodies the Christ is in and Him being fully formed in as well.

I love the thought that the Word was made flesh, and now that Word is being fleshed out so very uniquely through each and everyone that has been received of the Father.

Barb,
Ah...thanks for searching further about the differences between favor and grace. I've heard favor thrown around so much in the Christian camp. I like the comparison of it with preference. Very true. Like you, I also desire for my prayers to not hold any type of selfish agendas to have anything and others not.

I love what you said here:
" really do trust the Father to give me good things. I want to stay as far away from the “name-it-claim-it” “I get preferential treatment because I’m a believer” camp. But I also can’t be shy about asking for things either. I want to ask in a much more humble way though."

Have you checked out my Blog, yet?
Feel free to. :)

Sarah, I'm glad it helped some. Sometimes we may do the same acts but from a totally different heart. Asking God for things may be motivated by selfishness or may be just childlike faith.
Thanks for the comment!

Rich, It is a mind blower!! The deeper we dig into grace and Who He is, the greater it is.

Amy, thanks for stopping by. I have visited your blog and commented. Thanks!

Thanks, this really shed some well sought light on the issue for me as well...