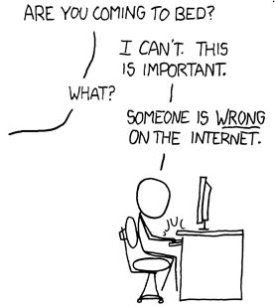 "Of all tyrannies, a tyranny exercised for the good of its victims may be the most oppressive. It may be better to live under robber barons than under omnipotent moral busybodies. The robber baron's cruelty may sometimes sleep, his cupidity may at some point be satiated; but those who torment us for our own good will torment us without end for they do so with the approval of their own conscience." ~ C.S. Lewis from God In The Dock: Essays In Theology and Ethics


I found this quote somewhere on the internet last month. If I got it from you…please don’t be hurt that I didn’t tag you. I truly forget where I found it.

This last book was amazing to me in how we should relate to those closest to us – your husband and children – with grace in place instead of trying to control them. He talks about the difference between a curse filled family (filled with control and emphasizing “doing the right things”) and a grace filled one. He talks about which jobs are God’s and which are ours. And he speaks of releasing them to the Father to change them and stepping back from the process and giving grace.

This is amazing to me. It is how I want to be treated but somehow so hard to implement into relationships. I realized that I think I can control people by giving them the right information and like C.S. Lewis says, I do that, “for their own good,” thinking that I have the moral or ethical or intellectual upper hand. In looking at my interactions with people, how I treated other Christians in my old ‘church,’ how I treat my husband and my kids and even sometimes how I have treated you that read here in my comments to you, I realized that sometimes I am more interested in saying what I think people need to hear than I am in giving grace.

My goal in all of this was not to be a newer, better version of Church Lady. It was, instead to be transformed. I want to be known for my grace to others – not for my vast knowledge and experience that can change someone’s life if they will only listen to me. I want to be a learner first.

It's so easy to fall into old patterns when we find something that sets us free. We naturally want everyone to have this too and we get impatient when they don't "get it" like we do or as fast as we do.

Hmm... Yeah, it is easy to get impatient with people and think you know more than they do. Awareness of this issue is more than half the way to ending the problem on a personal level, I think. ;-)

I like this Lewis quote - came across it myself a few months ago. And applying it inward and seeing the propensity within yourself is very cool. Thank you for your honesty. It is refreshing. I think we all have this propensity to one degree or another.

Like co_heir said above, it is easy to fall into old patterns when gaining new understanding - make then see, too. I have seen this in myself, too. Like I said, I think recognizing it is more than half the battle - and most of the rest of the battle is God's... ;-)

Great post. Giving up control is hard for me when I see something as a justice issue. I just want to change it NOW! I think that God does want us to be involved in bringing His justice, but I have to remember to not do anything apart from Jesus.

I like how you talked about showing grace in our family relationships. I think that a lot of parenting is fear-based. I wonder, too, if we're excluding grace to let God handle things because we're afraid that He won't.

Thanks for getting me to think today.

I certainly have been known to bash people with my idea of what is good for them. Especially my kids. I'd like to get the book about grace in families.

That is an extremely thought-provoking quote. So true...

I can't see you as the church lady. But I'm pretty sure I was raised in her family, so I'm probably more like her than I would care to admit.

We all are a work in progress. Thank God He is doing some major work in people's lives. I'm even starting to get to the point where I'm thankful that we were forced out of our CLB because of the mindset changes we wouldn't have had without that time in our lives! :)

Barb,
It must be you do not know about my new rule! It says that the next person that talks about a book in such a way as to make me want to buy it has to buy my WHOLE wish list on amazon.com. So, you'll soon be purchasing about 250 books for me--thanks! :-)

Seriously, though, I did just order this book. I'm a huge fan of this author as you know.

As to the rest of your post--YES! I often fall into the same trap, thinking that more information is going to help the situation. Sometimes it may, but sometimes it just muddies the water more.

Isn't it great how we continue to be transformed daily?! I love the grace God gives us and can only hope to mirror that in some small way to those around me.

Hi Barb,
The "Families..." book was one of my favorite parenting books, and, as you said, has lots of helpful thoughts that apply to life in general, good insights into performance vs. grace and subtle nuances of dysfunction and toxicity in relationships.

Barb, it took me a long time to learn grace in my family. How I wish I had understood it years earlier. What a difference it makes in my relationships with Wife and Sons. This is the very best of times with all of them. The one son who never wanted advice, and actively resisted it when given, now actively seeks out my advice.

Thanks for reminding me again that I am still not where I need to be in this area.

Co-heir, Yep! I’m a natural “mom” with the whole, “drive careful dear” kind of mentality. Like saying something will cause it to happen ;)

Katherine, I hope that this awareness will help. I am so used to reacting in the same ways to people though. I have to almost think each time I write or speak, “Grace first.”

Mary, in reading this book, I realized how much family raising was fear based or even in my case just control based. Control so they would “appear” ok and believing that to ‘do right’ would result in right feelings. I didn’t believe how ingrained this is in my life. For instance I believed that to MAKE my kids show respect would cause them to eventually respect me. Now some of this is true to a point, but when I did not deserve respect, I could make them look like they respected me but it did not show what was really in their heart and nor did it change it. Maybe another post as I process what this book said.

Heidi W, Get the book, it was great. And if you ever want to see pictures, we found one the other day of Church lady and all her kids lined up with their pink dresses and bows in their hair! :0

Tracy, When my ship comes in I’ll buy you your books!! Let me know what you think of it. I think I will post some about what I read.

Grace, Husband asked me last night if I really thought we could “teach old dogs (ourselves) new tricks. The idea of reacting out of grace to our kids will be a complete reversal to what we did with the older girls as they grew up in our home. It will be interesting to see how this comes up in day to day life.

Traveller, the only good I can see in not raising my older kids with grace is that they are able to vividly see the difference. Hopefully so they will be changed by it and not fall into control based parenting with their kids. This has especially happened as we have gone back and asked forgiveness as memories come up for where we demanded them to "put on" godliness more than we cared that it was really a part of who they were.

Barb, your seeking forgiveness is the right path. It is hard asking a child to forgive me as a parent but it does have an impact and it helps with brokenness/humility.

Let me just add the interaction I have had with "Elizabeth" leads me to believe you should not "beat up" yourself in this area. She is very kind and gentle offering grace herself. I suspect she has learned much of that from her parents.

OUCH! That cartoon hurt -- good thing it only applies to everyone else (as I whistle innocently)