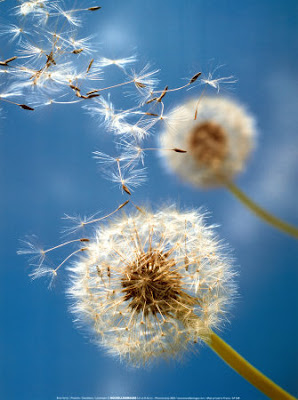 I was listening to the God Journey Podcast this week. If you haven’t started listening to this – please do. Husband and I carve out 45 min a week to do this together. It is fun and also challenges us with almost each podcast. It is part of the Dying of the Cloth With Grace that I wrote about the other day. If you are new to the whole thing, start with the last 3. They are great.

Anyway, Wayne and Brad were talking about how people are doing outside the box of the institutional church. A commenter was saying that he felt that Wayne and Brad were not encouraging people enough to get into a “group” for regular fellowship and worship and teaching.

At this point, I do believe that Wayne almost began to speak prophetically. I bet he would not think that was what he was doing but it sure resonated in me that way. I transcribed the following from the last few minutes of the podcast “Enjoying Real Relationship”:

“In reading through the minor prophets, how often God says I’m going to scatter my people, scatter my people, scatter my people. Then there are other passages that say, ‘Then I will gather them together again.’ And I honestly, and this is the closest I get at times to feeling like I get a heartbeat from God’s voice in things like this, I do feel like God is scattering his people away from their false gods of religious institutions that we served more than Him. (The places) where we got false notions of who God is. That God is scattering his people so that they will find Him again. And then I believe God is going to re-gather these people. But He is going to gather them in a way that is more healthy and whole. (He then talks about all the lumber people are carrying around to build a newer and better sheep pens) He goes on to say, “You watch over the next 5 years the way God will begin to connect brothers…there are going to be ways that God just knits people together as relationships bear fruit.

This gave me a lot of hope. It makes sense to what I am seeing. It makes sense of all the great people that either had to leave or got thrown out of their “pen.” In a huge sweep of history there have been many times that people of God have been scattered. Maybe that is why we feel a bit scattered and disconnected. Maybe they felt like we do. Maybe it really is a part of what Father wants to be doing right now.

Another reader of Wayne's blog said this about the church - again I believe a prophetic voice:

It is clear that God is shaking up organisational church all over the place. When praying the other morning he gave me a picture for the church I left (since then many others are exiting as well) but which I think is applicable worldwide. He showed me a glass beaker punched all over with holes and water was pouring out of the holes. But what was so amazing was that as the water landed on the table it did not remain in little droplets separately but it made a pool which was held together by the surface tension. If more water came near it and joined it then it became one with the first lot of water so you could not tell which was which. God is far more interested in the contents than the container and those contents do not need a structure to keep them together.
Could we be participating in the next big “Move of God?” We could be…. but sorry….. those words still creep me out.
at 8:04 PM

Labels: friendships, lifestream, the brilliance of others

Sheesh. I was just love love loving this post until the last paragraph :) Heh.

That portion you transcribed from TGJ podcast so resonated with me. Especially when Wayne used the term "knit people together" because those words have been my heart cry for a long time now.

Hmm... I know the following passage is talking about Israel, but... it is a passage God brought to my attention as I left my former church.

"And the word of the LORD came to me, saying, “Son of man, prophesy against the shepherds of Israel, prophesy and say to them, ‘Thus says the Lord GOD to the shepherds: “Woe to the shepherds of Israel who feed themselves! Should not the shepherds feed the flocks? You eat the fat and clothe yourselves with the wool; you slaughter the fatlings, but you do not feed the flock. The weak you have not strengthened, nor have you healed those who were sick, nor bound up the broken, nor brought back what was driven away, nor sought what was lost; but with force and cruelty you have ruled them. So they were scattered because there was no shepherd; and they became food for all the beasts of the field when they were scattered. My sheep wandered through all the mountains, and on every high hill; yes, My flock was scattered over the whole face of the earth, and no one was seeking or searching for them.”
‘Therefore, you shepherds, hear the word of the LORD: “As I live,” says the Lord GOD, “surely because My flock became a prey, and My flock became food for every beast of the field, because there was no shepherd, nor did My shepherds search for My flock, but the shepherds fed themselves and did not feed My flock”— therefore, O shepherds, hear the word of the LORD! Thus says the Lord GOD: “Behold, I am against the shepherds, and I will require My flock at their hand; I will cause them to cease feeding the sheep, and the shepherds shall feed themselves no more; for I will deliver My flock from their mouths, that they may no longer be food for them.”
‘For thus says the Lord GOD: “Indeed I Myself will search for My sheep and seek them out. As a shepherd seeks out his flock on the day he is among his scattered sheep, so will I seek out My sheep and deliver them from all the places where they were scattered on a cloudy and dark day." Ezekiel 34:1-12 (NKJV)

Yeah, those last words made me cringe too LOL

But I pray this is right, people are hungry for the whole enchilada. Being "alone" gets old.

I am sick of having my closest friends in the world be people who I have never met apart from over the internet, where I get fed with edification and true God-seeking.

But I do fear myself. I pray that when He does do this, that I am a safe person to be around, a person who will no longer seek my own glory but instead seek to be what others need.

Sue..thanks for hanging in there ;) that is a cool phrase. like Father is going to actually "make" something of all of this!

Katherine, good passage. Although our church used it to show that we were good shepherds and so it is still hard for me to look at. But you are right it sure does relate.

Tyler, I know what you mean. and believe me, from what I have read, I would trust you....at least trust you enough to try!

Scott!!! love you guys. Everyone, meet Scott. He has the bestest wife and cutest baby of all!

Great post, thanks for sharing. I think you're right, I think there is a prophetic element to what Wayne is saying.

And your last post on memes was pretty good too! I appreciate that you're always 'keepin' it real'! :)

Prophetic? Maybe. Either way...I am fully convinced that this transition we're seeing is part a bigger picture, a master plan of God.

I've been negligent of the podcasts for the last month or so, they are downloaded but I haven't gotten to listening.

Like everyone else, the "move of God" part made me want to vomit. But as Sue so eloquently put it in an e-mail exchange the other day "I feel it in the tips of my toes".

When I read things like what the commenter said to Wayne and Brad it makes it so clear to me that it's still really hard for people to believe Jesus when he said HE would build His church.

He is so able to bring us together when He wants, with who He wants, however He wants. Most folks just will not believe that, will they?

I love how the group I'm currently meeting with has met in SO many different ways over the last 11 years. Then we've gone for stretches where we didn't meet at all as a "group" but "just" socially with 2 or 3 folks. Then we met in two groups. Now there are little groups all over. We just enter into whatever season seems to be before us, and when it's over, we all seem to know it and just move on or move apart or gather differently, etc. I love the freedom to just follow HIM! It's death to try to:
(a) Create it or "make" something happen (UGH!)
(b) Keep it going long after it should have been plowed under!

It's not rocket science to let HIM do the building. :-)

Jeff, Certainly hope so. But if it is just random, at least for us, it has been a healthy thing.

Erin, Sorry, I'll refrain in the future from using those crazy phrases ;)

Tracy, I can't wait to have 11 years to share. Maybe then we will see some sense to it all. I love your stories of that.

I'm a recent reader of your blog but a long-time listener to The God Journey. I think your spot on about what is going on in Churchianity. Sadly, it will be a painful process for so many, but it's necessary. God is definitely building His church.

Yes, God is at work, always has been and always will be, which is why for me the next movement of God makes me ill also. But we do live in a time where there is a convergence of God's Spirit at work and humans responding that has not been so wide and deep for many years, maybe ever. Considering this is spreading worldwide it may be the first time this has happened so extensively. Just think of it...even ten years ago the technology did not exist for people from around the world to gather on this blog.....

Thanks for sharing this. this post really resonated with me. Its amazing how someone else can says whats in your heart better than you can say it your self.

"God is far more interested in the contents than the container..."
Amen!

Regarding the last paragraph - if it is truly a move of God (and I think it well may be) than I want to participate.