Starting All Over Again 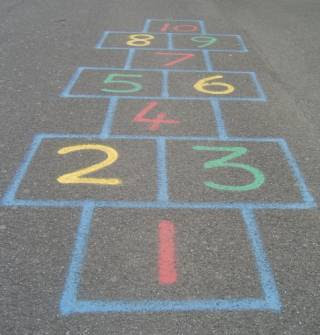 Sometimes during this year I have noticed subtle changes like I posted here and here. On days like today though, I wonder if I’ve changed at all.

A former leader from my former church (he was one of the major leaders that left soon after we left) called me today. He is out of town a lot as he travels back and forth to China and Taiwan and it is not unusual for him to call and see if it is OK to just drop by for a warmed up cup of coffee and chat. Today he called to say he would like to come over and ask me a few questions about my blog.

I calmly said, “Sure, come on over,” but you need to know that this sent me into a tailspin.

“I wonder what he wants to talk to me about.”
“There is probably something that I said in a post that he has a problem with.”
“I wonder what it could be.”
“I’m sure he is coming to let me know how wrong I am somehow.”

(You see in my old church I was always afraid of being called before the leaders and having them find a “problem” with me or what I had done. I hated when they called and would not divulge what the meeting was going to be about.)

So I re-read my last few blogs to see if I could determine what the problem was going to be. I really think he would mostly agree with what I had written but my stomach was still in knots.

He arrived and after a quick update on his last trip he launched into his question. “I’m considering opening a blog and wondered if you could answer a few questions I have about doing that.”

HE WAS ASKING FOR MY HELP!!!

As he left I just laughed at myself. How long will it take before I can receive a call from a friend that I respect and not tear myself apart at how I am wrong and they are coming over to correct me?

*Sigh* I can so relate to this. What freedom it would be to be able to share our truths with each other and not be scared of reproach ... or at least, to be strong enough within our convictions and our communities to state what we think and leave things to fall as they may. That will be (one day it will be like this, surely) awesome.

You must have been so relieved when he opened his mouth and a request came out :)

Don't be too hard on yourself, Barb. I'm away from my CLB over 8 years now, and I still get nervous about people from my past knowing what I'm doing. (If I recall, we first caught up with each other right when one of them was spewing venom at me in the comments.)

I have stayed fairly hidden for a long time because I simply did not want to deal with the fallout. In my opinion, you have been a lot braver than I.

I was so relieved I know he could see me relax. I really respect this man and I know he is very wise. If he had something to "share" with me I know it would be delivered in humility and grace. I am just amazed that I went there (fear) first.

Thanks Jeff. You're right...that is the first post I read I think. I think it speaks to the type of group you are in by what kind of response a request like this results in.

Oh my, I can totally relate. "Hey, can I talk to you after the service?" would reduce me to a mental mess, wondering what I'd done, what I'd said, who might have complained or mentioned something I did wrong.

Those sorts of innocent statements still stir up that gut reaction, faster than I can stop it... but it's getting a bit better. Wow, I can only imagine how relieved you were! And then to find out that he actually wanted something POSITIVE... amazing!

I had totally forgotten the "hey, can I talk to you after the service?" one. That gave me the sick stomach feel just reading the words.

Yep, I can totally relate!

As I read, a flash of memory - being called into the pastor's office - the stomach tightening. Yeah...

oh wow, i can really relate to this. i specifically remember two times when i was asked to come to a meeting, and i was excited for it, thinking it was going to be a good thing - only to find out when i got there that it was a rebuke. the second time i was so taken off gaurd, it seriously took me half the meeting to realize what was going on! i kind of find it humorous now, but ugh - i hate those meetings....

Yeah... lovely memories and I hope the feeling in the pit of the stomach eventually goes away.

Barb,
You mentioned about worrying about the former leader coming to pass judgment on you. This was something that the Holy Spirit released me of immediately.

For years, (as Deacon, and then CHAIRMAN!!! (Insert fanfare here)), I MOSTLY "did" (i.e. tithe, work/teach in various ministries) ultimately (sigh) because I wanted him and her to look favorably on me. I now that is awful, but I have to admit that now.

Now, I could not care less what "they" think of me. It has been one of the most liberating experiences of my life.

John, sometimes, through this year, my reaction to things took me by surprise. I thought I was free of what others thought and then something would push a trigger point and I would find myself back at where I was before. I don't claim to be better yet because of this. I know I am more free than before but I'll take a wait and see posture till I've got a few more situations under my belt. Now you sound more like my Husband. He really seems not to have as many 'trigger' points as I do. My relationships with these people went a bit deeper than his though.

Barb,
I see how my comments may seem to have been passing judgment on you. I didn't mean it that way. It's just the the Holy Spirit works differently with each person and this was just one area where He allowed me to be released.

No, it still hurts..deeply. It may already be a scar, but a scar is still a lifelong reminder of a past injury. One that I think was needlessly inflicted because someone's pride was affected. Satan likes that "pride" angle - works every time.

John, please don't worry. I'm not offended. One of the things that is facinating to me is the way people process this whole thing. Some walk away with one kind of reaction and other with another. I did not think you were passing judgement - just saying, "wow, I'm glad that is not something I carried away with me."

Speak you mind here. You won't offend me and someone reading may relate more to you than to me. All of it enables someone not to feel crazy. I like the differences.

Plus if you find yourself 2 years out still reacting to things that you thought were not there - you'll know you are not alone either!

I guess it may have been because Father put the book, Grace Walk, into my life the week after we left. I devoured it over a weekend. It was life changing.

It answered questions that my heart had been asking for years, but didn't know the answer to.

I was at a point, Barb, where I said to myself, "If this is Christianity, I don't want any more of it."

I was at the end of my rope, almost literally. I wanted to die. I had no hope. I knew I was dead spiritually, but saw no way to fix it if the tools were to read my Bible more, pray more, witness more, more, more MORE!!!!

I tear up just writing this.

But Father is good. He took my yearning (actually they were from Him anyway) and revealed the answers to me.

As He said, I now have a hope and a future.