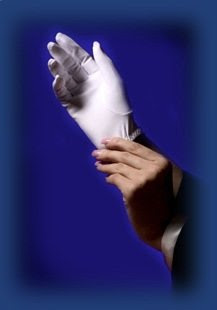 The other day I listened to a sermon preached by Dutch Sheets regarding Lakeland. You can find it here. (scroll down to under his latest letter to a sermon link given on May 18, 2008) While there is much that I would disagree with Mr. Sheets in issues of theology and practice, I was impressed again by the gentle wisdom that this man displays while still belonging to a group of men and women that I vehemently disagree with. He remains the one voice that I have heard that I can even begin to trust. In his sermon he speaks of the role of wisdom and revelation and how to walk the line keeping both in our lives. He then speaks of Lakeland and what he was seeing as problems. (This was given before the whole thing blew up.) It was a call to get some accountability into the mess that was beginning. I was impressed that he would speak about it while it was going on as that is usually the kiss of death to disagree with something before everyone else does.
I had to sift through the first part of the message but when he begins to address his concerns of Lakeland I fully was with him. The thing that stood out to me though was his comments about being apprehensive of he, himself, becoming an “old wineskin.”
For the uninitiated, the idea of an old wineskin comes from the passages in Scripture (Matthew 9, Mark 2 and Luke 5) where the Pharisees and the disciples of John come to Jesus asking why he does not keep the law…why he is eating his fill with sinners and they are observing the law by fasting. Jesus says that his disciples are enjoying having the bridegroom with them and therefore it is party time. Then he speaks the words that every Charismatic follower fears, “And no one pours new wine into old wineskins. If he does, the new wine will burst the skins, the wine will run out and the wineskins will be ruined.”
See, in the charismatic world, being labeled a old wineskin is paramount to being slapped in the face with a glove and called out for a duel. No one ever wanted to be an old wineskin. It meant that you were clinging to the old ways of God and unable to accept what God was doing now. You were now persecuting the new move of God. You were entrenched in religion and not in the flow of the Spirit. You were stuck in the “logos” word and not in the “Rhema.” At its worst, you were now in rebellion to the authority of whatever “new thing” was being issued from the top.
When Husband put his foot down on the simple idea that he believed that the titles of apostle being demanded were not part of the heart of Jesus and his teachings we suddenly found ourselves with the label of “old wineskins.”
It is again, another one of the straw man arguments that keeps men and women of God, men and women of discernment, quiet and in their respective seats.
It saddened me to see Dutch Sheets so hesitant to bring up blatantly deceptive practices within his own camp and be so afraid of stepping into the label of being an old wineskin.
This is not the heart of what Jesus was saying. At the heart of these verses you can say with certainty that the old wineskin was the Law. He was the new wine - not the next idea of some crazed, authority seeking man or woman who refuses to be questioned. Yes, you can extract at teaching from the passage that the Spirit will do unexpected things and we need to be open to His leading, but the slapping of the faces with the glove of “old wineskin” needs to be addressed.

Men and women of this movement need to get over being afraid to speak up. Wrong is wrong. And if your heart picks up greed, or deceit or pride or false teaching, you can be sure it is. Your heart will tell you the truth. Don’t let those who would label you - quiet you.
I have a feeling that there are those reading my blog who are so afraid of this being true of themselves. Let me ask you a question. Do you long to follow the Spirit to the best of your ability? Do you listen closely to the voice of your Father as best as you can and then try to follow his promptings? Do you gladly receive with wisdom things that might be new to your spirit?
Then you are not an old wineskin. Period. Get over it. Don’t be silenced by this accusation any longer - nor fear it another minute.
UPDATE: Husband insisted I watch the greatest glove slap challenge to a duel ever seen in movie history. You can see it here at about 38 seconds into the clip. Don't blame me for the way his mind works!
at 9:47 PM

Great post, Barb! I've been thinking about this lately. How if you have questions and reservations about certain things in the charismatic camp, then you are automatically labeled as having a "religious spirit." Well, that's convenient isn't it?

I wonder if the movement is like that out of reactionism? Did the Azusa Street revival and/or other beginnings of the charismatic movement receive a lot of persecution from the "older" movements? Perhaps. And perhaps they judged those who were rejecting them, and vowed never to do that. Judgement and vows usually end up in a mess. (I wish my copy of post-charismatic would arrive already! I'm wondering if this sort of thing is covered in that book.)

Sarah, yep that is another one. I need to order RobbieMac's new book too. I have just been reading another book that is coming out about post charasmatic experiences. It is good but I want to read Robbie's too.

I enjoyed this, thanks.

I was reading in John 10 yesterday and it was most evident in how law, and its procols were trying to gag, mute the voice of the Father speaking through His son..Take this thought a bit further, and as the Son is now being fleshed out in and through us as us, once again, our unseen enemy from within, is trying to mute, gag Him from expressing His heart, voice through the Church, not just the self appointed gate keepers.