Discipleship and My Kids 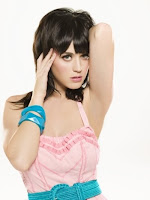 The new pop song right now that is causing such an uproar is Katy Perry’s song, “I Kissed a Girl.” Erin mentioned it the other day and I did some of my own research. (I have a kid who is a brilliant song writer and musician so I felt an affinity for the parents of Katy - someday if she decides to do anything with her music, they could be interviewing me) Here is a girl who grew up in a Methodist home with two Methodist preachers as parents. Her first album (under Katy Hudson) was a “Christian” album. (Here is a link to the lyrics of the album.) But if you ever watched her videos I Kissed a Girl, or the one out on the charts now, you would have assumed that there was no Christianity in her upbringing. Or at least her parents really messed up in her upbringing. That is what I would have thought a year or so ago.
See, I believed that if you would teach your kids about Jesus, maybe even home school them, serve the church with them together and teach them to abstain from the world that they would grow up to be great Christians when they were older.
I know better now.
The thing that has struck me over the past year is the fact that each of my children need to have their own encounter with the person of Jesus Christ. The other thing that I now realize is that I can’t make this encounter happen. I can’t spoon feed the truth to my children and have it change their hearts. Only the Holy Spirit can do this.
I used to think that it was up to me whether they turned out Christian or Pagan. Now I realize it is up to them. Just by getting them to ‘believe’ the right things or mouth the right words or say the right prayers at a young age does not guarantee that they would ‘follow’ the right path. It is more than that.
Jesus did not stroll past Matthew and say - “Believe in me Matthew,” or, “Say this about me, Matthew.” He said, “Follow me, Matthew.” Believing did not make Matthew a disciple. Following did.
Whether our children are raised in a non-Christian environment or a Christian one is not the deciding factor. What our children DO with the information is. They have to look at Jesus and decide whether or not to follow him. And here’s the kicker! Katy Perry needs to decide this but so also does the good little girl who is still un-pierced, wearing modest clothing, un-drugged and is still singing in the church choir or praise team. Because the good little girl is not off scott free just by following all the expectations that her Christian upbringing is providing for her. She too needs to make a choice. She too needs her own run-in with Jesus. Because without an actual salvation experience, she will just become a Pharisee and never a disciple. We might like this better than the Katy Perry’s out there but frankly I think they just might do greater damage.
As I look at the vast differences in my own 7 kids, as I look at their differing personalities, as I discern their separate strengths and weaknesses, and as I see some of the paths that they have decided to take I realize one thing. I need to pray that somewhere on their own paths - whether the paths that look ‘Christian’ or decidedly ‘un-Christian’ - Jesus will some day step into the way and say, “Follow Me.” I pray when that day comes they will decide to step off their path and follow him into the wilderness of the life He wants them to have.
My job in all of this???? To live life with the Father, the life of discipleship, that will make them want what I have. I’m out to make them jealous of my relationship with Him and show them that it is possible for them too. If I do that…I have accomplished the discipleship of my children that I long to do.
And who knows…I might have a tattooed, pierced, little girl who absolutely is in love with her Heavenly Father. Now that would be really cool.
at 5:48 PM

"Believing did not make Matthew a disciple. Following did." - that's a really really good line. You are so right - thanks for posting the whole thing, but that one thought will probably do me for a while, thanks :)

So true, so true. I have two adult children. One is trying to figure out what following Jesus means for him. The other is trying to make her way as a photographer in L.A. and questioning the whole Christian thing.

Amen. I have three children and each one is so unique both in personality and in their approach to the Lord. I too came to the realization that they are each responsible for their relationship with Jesus and my role was to guide by example. By living my life in Christ consistently and transparently before them. To me, that is greater than all the family bible studies and prayer sessions - even though those things are certainly good.

And I agree with Rick about the "Believing..." quote. I am constructing a post with reference to it.

Rick, thanks
Co-Heir, it would be interesting to know how all the kids are doing from those who have left. My heart certainly goes out to those who were hurt along with their parents.
Douglas, thanks for the comment. Will read what you have to add.

"Just by getting them to ‘believe’ the right things or mouth the right words or say the right prayers at a young age does not guarantee that they would ‘follow’ the right path. It is more than that. "

Amen! Absolutely true. My mother used to say that she accepted Billy Graham as her savior before she actually met Jesus. She knew what to say and believe; but she did't actually have a relationship with God.

"My job in all of this???? To live life with the Father, the life of discipleship, that will make them want what I have"

Yup - in the long run that is all we can do for anyone - our family, our friends, etc.

I wish this were not true, I wish I could make my children follow Christ, but yes, you are right, I cannot. In Afrikaans we have a saying :Ek het groen koring op die lande (translated - I still have green wheat on the fields) - it is used to say that I still have young children and should not judge others for the choices their older children made, as my own children could do worse.

So I guess all of us can only pray that our loving Father would prepare the field of our children's hearts, and lead them to Him.

I think prayer is the main tool.. I know my grandmother prayed for me. I was a huge misfit to society.. party animal, drug user, alcoholic.. messed up big time and then Jesus said, come and follow me. . . So all you can do is your best.. I have a tattoe on my back.. I might not look christian but its not the outside that counts.. Prayer is powerful and those little seeds you plant in their lives can bloom into beautiful lillies!

and I agree with teh previous poster...all we can do is our best!

hmmm, maybe I should go get a tatoo today....

At our ex-church it was all about getting little kids to "make a decision for Christ", as if that was all it took for them to have blessed and safe and wonderful little lives. So the same kids would get saved week after week, thinking well, if once is good, twice is better.

We can't force them. I'm from a family of 4 kids, all of whom were raised in church the same way, but I'm the only one now as adults that still believes. Yet I'm also the only one who is tattooed and unconventionally pierced...so I will testify that you can have it both ways!

I have tried and continue to try, to make sure my kids know that being a christian isn't following a particular set of rules. I'm trying to teach them the variety of ways that even the different kinds of christians behave and believe. I want them to know that conservative evangelicalism isn't the only way to follow Jesus.

I certainly agree with your thoughts here.....it is about following Jesus. I think he is inviting all the time and he invites us to continue following even after we have chosen to do so. This is the work of the Holy Spirit.

For me, I used to think it would be better if I could control the journey of my children but as I have watched each of my four son's very different journeys I have come to realize that their choices are far better than I would have made for them. This is because in cooperation with the Holy Spirit they are making choices that are what following Jesus is for their lives. Have they made some "mistakes"? Yep, but so have I.

That is why I think Jesus continually invites us to follow him.....because we need to return to the path after we stray off of it.

Preach and lay down the law and you will loose you your kids to the "world". Love your kids, accept the uniqueness of your pierced, tattooed, spiked hair kid and live a life of love for Jesus and they will come running in to Jesus arms.

What a lovely posting.

Barb-
Thanks for a great post!
"My job in all of this???? To live life with the Father, the life of discipleship, that will make them want what I have. I’m out to make them jealous of my relationship with Him and show them that it is possible for them too."
What a responsibility! (And that applies to grandparents, too.)